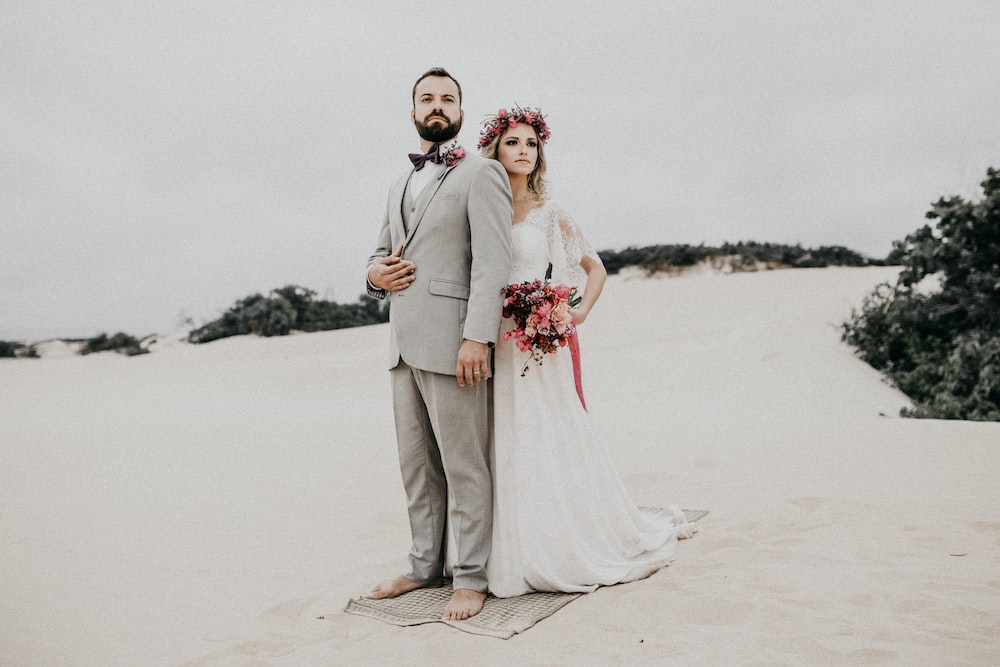 Though the idea of a wedding remains the same in most countries – a couple and their two families come together to celebrate their love and commitment – there are some subtle tweaks from country to country. Below, we’ve rounded up four beautiful wedding traditions from around the world that you might want to incorporate into your own special day….

In the Philippines, the bride and groom commonly end their wedding ceremony by releasing a pair of white doves. It’s a romantic, dreamy tradition that’s designed to bring peace and harmony to the couple and their guests. Doves are available around the world but you should speak to your wedding coordinator and venue before you book some as they might have their own rules and regulations that prevent setting birds free; it’s always best to check! This website has put together some alternatives to setting doves off at your wedding, too.

Are you the sort of person who doesn’t like to outstay their welcome? Perhaps you host parties from time to time and wish you could press a magic button and have all of your guests go home at once when the fun stops? If you’re from Venezuela, that’s tradition! It’s common for the bride and groom to leave their own wedding reception without saying their goodbyes – they’ll simply pick a time and disappear off to their honeymoon or hotel room. Don’t be mistaken – it’s not rude, it just means that they can get started on their new life together without having to spend hours saying goodbye to everyone, and ultimately being pressured into another drink which will cause them to suffer from an unenviable hangover.

In Ireland, the Celts used to declare their intention to marry through handfasting. A druid would physically tie the couple’s hands together in a ceremony and then encourage them to spend a year living together. If during that year, the couple decide that they’re not meant to be, they’ll go their separate ways and have their handfasting dissolved. If they’re still happy and want to commit their lives to one another a year later, they’ll organize their wedding. Claddagh Rings goes into the tradition in more detail in the infographic below – but you could use this as part of your wedding day by physically “tying the knot” before you then say “I do”.

White wedding dresses are the most common and traditional, but in Spanish tradition, you’re more likely to see a bride don a black dress. Yep, we get it: this one’s not for everyone, and indeed in Spain itself, not every bride follows in their predecessors’ footsteps, but the idea is that black symbolizes “til death do us part”. There are so many ways that you can stylize a black wedding dress and put a totally different spin on your big day – are you brave enough?

What are your thoughts on these traditions? Are you going to incorporate any into your event? Let us know and check back for more tips on planning the ultimate wedding day.

The Trends That Come In Terms Of Accommodation For Hotels

Real Budget Travel Tips You Can Use

Is Crafty Sports Bar Australia is the Sanctuary for those fond of Eating Out?

﻿What you can expect during japan family tours

What makes a good resume build?

7 Most Unforgettable Places to Go in India ﻿

Surprise Parties and What Are Your Choices Now

What is the point of crypto wallets?